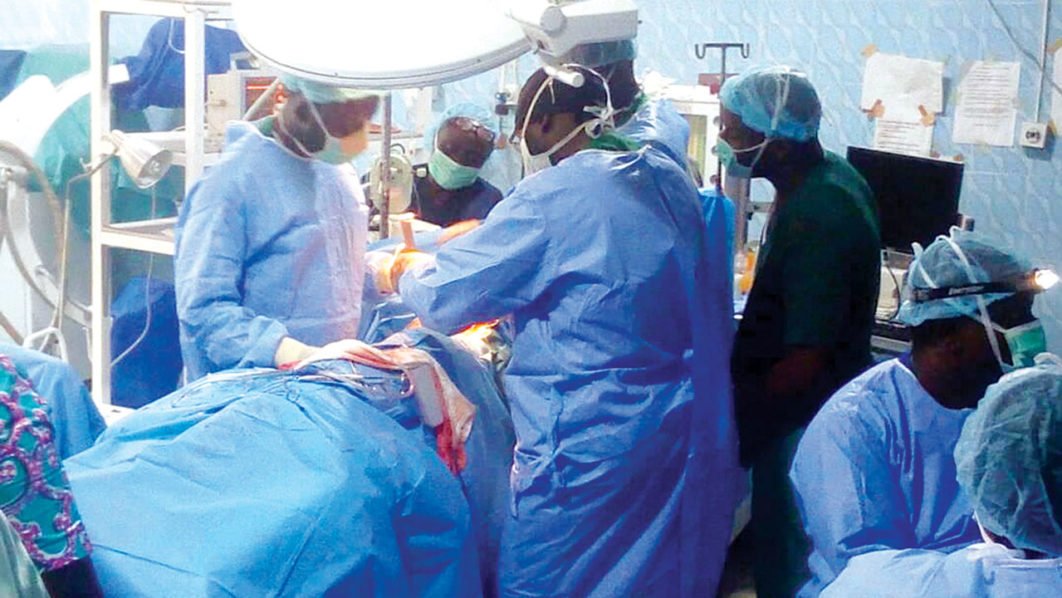 The Association also called on the governor to order those handling the Imo State University Teaching Hospital Orlu road contract to return to site and that if they fail and that he should revoke the contract.

The state Chairman, Dr. Okwara Chidiebere who stated this yesterday at a press conference at an extraordinary meeting of the Association.

HAVE YOU READ?:  Stripping monarchs of right to elect leaders, wrong - Eze Imo

He said : “We’re appealing that the revised consolidation medical salary structure circular 2014 with proper placement of doctors be implemented in Imo without delay.

Adding, We know our Governor has our interest at heart and that’s why we a pleading with him as a matter of urgency address the litany of problems piling up around medical care in the state.

“The implementation of this salary structure is the best gift Governor Uzodinma can give to Imo people on October 1. “Our workforce is ready to put in their best to see that Imo attains a favourable level in health care delivery and we need to have all necessary tools to work with”

Dr. Okwara said its unfortunate that Imo have consistently been deprived of the salary structure which has being in existence since 2014 adding that with the current administration in place, he hopes, thier plights will be addressed.

Also, speaking Chairman Medical and Dental Consultants Association of Nigeria IMSUTH branch, Dr. Chijioke Nzewuihe said Imo State boasts of some of the best committed medical doctors in the country and therefore, should be properly renumerated for efficient performance.

HAVE YOU READ?:  Tension in Imo as thugs stop evacuation of refuse

Dr. Nzewuihe also called on Governor Uzodinma to come to their aide by speeding up the pace of construction work at IMSUTH adding that should school resumes now, both students and teachers will face hard time going to school.

Meanwhile, the Chairman of the state NMA has passionately appealed to the governor to order the contractor handling the main road leading to the Imo state University Teaching Hospital to return to site and complete the road project.

HAVE YOU READ?:  Protests, alcohol, barbecue banned in Russia till World Cup ends

He disclosed that the road leading to the Imo State University Teaching Hospital is in a terrible state of disrepair which he noted has hampered productivity within and around the Hospital, and appealed to the governor to revoke the road contract if those handling the road contract fails to return to site and complete the road.