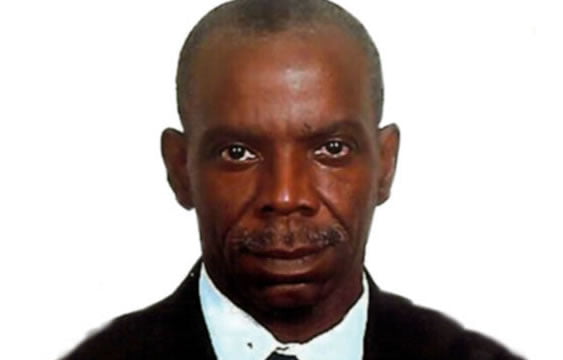 In his eponymous drama, “Julius Caesar,” playwright William Shakespeare, the bard of Stratford-on-Avon, put it in the mouth of diviner Artemidorus to warn protagonist Julius Caesar that “Security gives way to conspiracy.”

Julius Caesar didn’t heed the warning and fell to the daggers of his treacherous associates. In Nigeria, under the watch of the President, Muhammadu Buhari, a retired Major General and Commander-in-Chief of Nigeria’s Armed Forces, security has given way to kidnapping.

Some state governors openly admit to paying off, and even shared photo-ops with, bandits on the cover pages of national newspapers. Kidnapping has become so lucrative that some individuals stage-manage their own kidnapping in order to share the ungodly proceeds paid by their parents or guardians.

Two kidnappings of large number of victims by Boko Haram insurgents are those of 276 Chibok schoolgirls, whose kidnap led to the global #BringBackOurGirls campaign, and the 110 Dapchi schoolgirls, out of which 101 were released, five died, Leah Sharibu was retained for refusing to renounce her Christian faith, and three are unaccounted for.

The third is the recent abduction of 344 young lads from a Kankara secondary school the day the President began a short holiday in his home state of Katsina. Mercifully, the children were released without casualty.

Attempts to speculate that Boko Haram was responsible for this operation did not stick. But there are insinuations that known bandits either carried out the job, or were involved in the rescue of the boys.

And interestingly too, Miyetti Allah, the trade association of Fulani cattle merchants and herders, was named by Zamfara State Governor Bello Mattawale as being helpful in negotiating the release of the boys.

In addition to these evil reports, several senior government officials, military officers, police officers, and prominent Nigerians from practically all walks of life, and members of their families, have been kidnapped, killed or released after ransom was paid.

Perhaps, the most financially successful kidnapper in Nigeria is Chukwudi Onwuamadike, aka Evans. He ran an operation that relied on high quality tipoffs, and used sophisticated tracking and telephone gadgets.

Also, he operated a safe house to warehouse his victims and received ransom in foreign exchange, like the US dollars. He was so financially successful that he lived in style, like a squire, in a posh house in a tony part of the Lagos metropolis. There were rumours that he had security agents as accomplices and protectors, and was nearly invincible as a result.

Evans, also known as “The Billionaire Kidnapper,” is currently a guest of the Federal Government in a halfway house to imprisonment, answering to 52 criminal charges of multiple murders, armed robberies, kidnappings, unlawful possession of ammunition, conspiracy and other offences.

The Nigerian Terrorism (Prevention) Act 2011 seeks to promote “the protection of persons and their properties from abuse,” in addition to “enhancing the freedom of others.” Akwa Ibom, Ebonyi and Imo States laws prescribe the death penalty for kidnappers.

In July 2020, the Senate concluded the Third Reading of a bill proposed by Senator Oluremi Tinubu to amend the Criminal Code Act Cap. C.38 of 2004 to raise the punishment for kidnapping from a mere 10 years’ imprisonment to life behind bars.

Earlier in 2017, the National Assembly passed the Abduction Act that prescribed 30 years jail term for colluding with an abductor to receive ransom for anyone wrongfully confined. Incidentally, (unbelievable) media reports indicate that the police, not only counselled families of abductees to pay, but also helped to deliver, ransoms to kidnappers.

But of course, the police have vehemently denied these claims, and no one has quite come up to stoutly debunk the claim of innocence by the police. So, the accusation shall remain in the realm of speculation.

Kidnapping is encouraged by the state, state actors in their private capacity and other citizens, by routinely paying ransoms to kidnappers in order to free their loved ones who are unfortunate to fall victim of the crime.

Why the state does not opt to invest money that it ends up paying to kidnappers in robust security architecture beats reason. This negligence has led to a conspiracy theory that just maybe state actors use ransom payments as “conduits” to direct public funds into private coffers.

HAVE YOU READ?:  I’ll never give up struggle for better Imo — Ihedioha

This narrative is sustained by the frequency of kidnaps, payment of ransoms, and release of abductees, albeit every pay-up is accompanied by strident denial of payment of ransoms. But sceptical Nigerians have learnt to regard the denials with knowing smiles, furtive glances and quiet nods.

They know that the security architecture of Nigeria has completely broken down, and they are not convinced that those who exploit the apparent weakness to kidnap people for ransom will let their preys go after investing much effort.

That security has given way to kidnapping in Nigeria is probably an understatement. What appears to be a lack of political will to secure the lives and property of Nigerians is already taking another dimension.

Those who are spiritually inclined suggest that maybe some individuals in government need to appease the satanic kingdom of darkness with blood, and so have deliberately chosen to encourage all avenues for bloodshed.

HAVE YOU READ?:  US charges Nigerian Osondu Igwilo with investment scam

You do not need too much imagination to observe the insecurity in Nigeria, in its myriad forms of kidnapping, abduction, banditry, fatal clashes of herdsmen and farmers, ritual killings, political assassination, armed robbery and murder. It is no exaggeration to say that Nigeria is virtually a killing field.

Worse, the insecurity has compromised the economy to alarming proportions. Farmers are afraid to go to their farms and many in the merchant class prefer to put their monies in bank deposits instead of investing the same in viable projects, and Foreign Direct Investors are discouraged from coming into Nigeria for fear of losing their lives and investments.

It is worrisome that President Buhari, who has the responsibility to protect the lives, property and businesses of Nigerians and their foreign guests, does not appear to appreciate that anything is amiss. That explains why he retains his non-performing security chiefs.

HAVE YOU READ?:  Trump predicts pandemic will 'get worse before it gets better'

What he seems to have done is to abdicate his responsibility and handed over the job of finding the solution to the problem of insecurity into the hands of God who has already given Man the ability to dominate his environment.

Nigerians who surrendered their sovereignty to Buhari in the 2015 and 2019 presidential elections are wondering how they fell into the hands of a President who seems to be on vacation for most of his tenure.

Some observe though, that the President is active when he is looking at matters that concern himself, family, friends and the Fulani nation. That, unfortunately, appears to be the motif of his lacklustre regime.

Maybe, the President should heed the suggestion of Prof Itse Sagay, Chairman of his Presidential Advisory Committee Against Corruption, so “the government (can) allow… ordinary Nigerians to bear arms… as a form of self-defence.”

One is not exactly sure whether to rejoice or rue the announcement by the Defence Headquarters that 864 abductees were freed and 2403 bandits were killed in 2020.