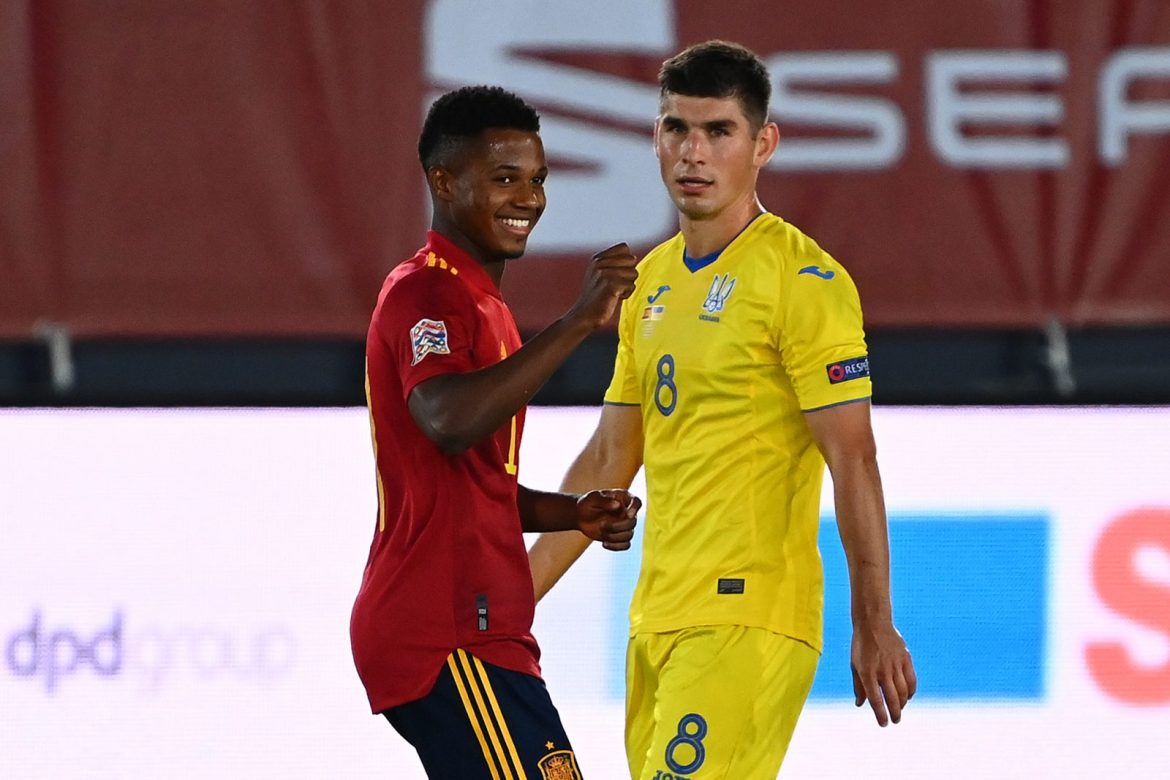 Barcelona young forward Ansu Fati became Spain’s youngest goalscorer in history, after scoring in their 4-0 win against Ukraine in Sunday’s League A, Group 4 of the UEFA Nations League clash in Madrid.

Fati marked his first international start with a fine effort to make it 3-0 in the 32nd minute.

And at aged 17 years and 311 days, Fati became the youngest player to net for Spain, breaking the record that was set in 1925 by Juan Errazquin, who was 18 years and 344 days old when he struck three times against Switzerland.

Also on target for Spain against Ukraine are Sergio Ramos, who bagged a brace in the 3rd (penalty) and 29th minutes, while Manchester City new signing Ferran Torres got the fourth goal on 84 minutes.

In the group’s other game Germany recorded their second draw following a 1-1 scoreline at Switzerland.

City’s Ilkay Gundogan put Germany 1-0 ahead on 14 minutes before Silvan Widmer equalised for Switzerland in the 58th minute.

HAVE YOU READ?:  Akeredolu predicts Buhari's win in 2019 despite defection

Spain now top the group after two games on four points while Germany are third with two points.

Also, Andorra lost 1-0 at home to Faroe Island and Malta were held 1-1 at home to Latvia.

HAVE YOU READ?:  Saraki to Russian Parliament: Nigeria's the future of Africa

Djokovic Disqualified From US Open After Hitting Line Judge With Ball