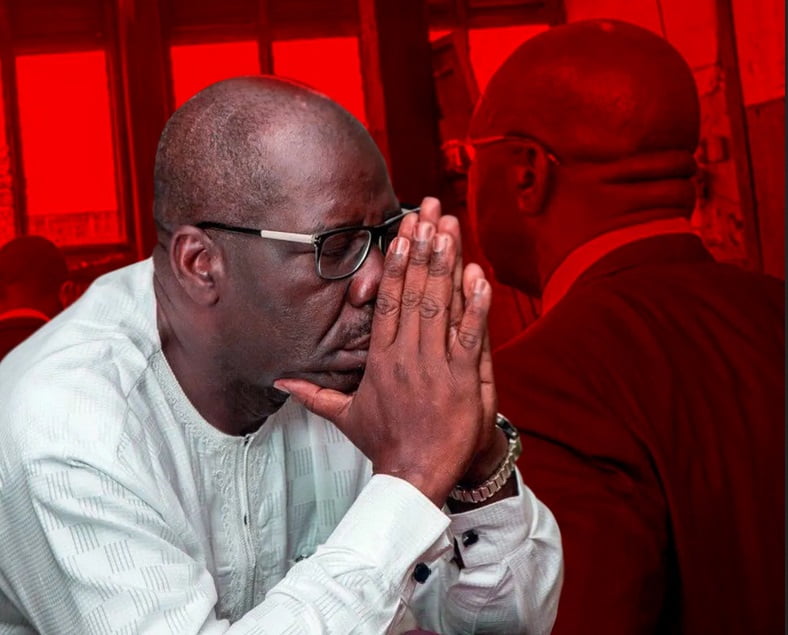 A former director in the Independent National Electoral Commission, INEC, Mr. Oluwole Osaze-Uzzi, yesterday, denied allegations levelled against him by the All Progressives Congress, APC, in Edo State that he is working in cahoots with Governor Godwin Obaseki to rig the September 19 governorship election in the state.

Similarly, INEC debunked the APC allegations which it described as baseless and assured of its impartiality in the election. Chairman of the APC Media Campaign Council, John Mayaki, had accused the former Director of Publicity, Voter Education, Gender and Civil Society Liaison in INEC, Osaze-Uzzi, of working as a private consultant to the governor to access sensitive information at the Commission.

But Osaze-Uzzi, in a letter from his lawyers, Ahmed Raji & Co, demanded a retraction to be published within 72 hours in four national papers, including Vanguard. He also demanded monetary damages of N500 million.

Osaze-Uzzi’s letter, dated 24th August 2020, was addressed to Mayaki and signed by Ahmed Raji SAN and Alex Ejesieme SAN. Part of the letter reads; “We are solicitors to Mr. Oluwole Osaze-Uzzi, whom we shall henceforth refer to as our client. It is upon his brief and instruction that we write this letter to you.

“Our Client’s attention has been drawn to a widely circulated and damaging publication titled: PDP plans rigging using retired INEC Staff and Obaseki’s Cousin, Oluwole Osaze-Uzzi, which was published on your blog: https://www.johnmayaki.com/pdp-plans- rigging-using-retired-INEC-salt-and-obaseki-cousin-Olu Wole-osaze-uzzi and several other prints and online media. The said publication was also circulated on various social media platforms, particularly Whatsapp and Facebook.

“The initial disposition of Our Client was to ignore the said falsehood and campaign of calumny, given the didactic provision of the Holy Bible in Proverbs 26:4, and to consider such as a frenetic dance of a lunatic in the market place, which is an interesting spectacle to behold. However, for the sake of posterity, and for his silence not to be misconstrued as admission, our Client saw a need to react, relying on a latter provision of the Holy Bible in Proverbs 26:5.

Advertisements
HAVE YOU READ?:  Scientists recommend eating of crickets to stay healthy

“Our Client denies the entirety of the falsehood contained in the said publication and states that there is no iota of truth in the fictitious allegations, as made by yourself or any other person acting through you. It is clear, and as a matter of fact, that Our Client, a renowned legal practitioner and an excellent public officer, has an unblemished record in the various capacities he has served.

Since his employment, his competence, character, or integrity was never questioned, as he delivered without bias or favour. It is therefore ridiculous that your spurious allegations came at this moment.

HAVE YOU READ?:  PDP remains choice of Imo people ― Ihedioha

“It is our client’s conviction that the said publication, in which you made false and scandalous allegations against him, was a calculated plot to demean, ridicule, humiliate and embarrass him, by the estimation of every right-thinking member of the society.

“Consequently, we demand that you (Mayaki) retract the said publication and tender an apology to our client within 72 hours of the receipt of this letter in four national dailies including your blog. In addition, Our client is also making an unequivocal demand for monetary damages of N500, 000, 000 for the embarrassment, your defamatory publications have caused him and his family.

“Take Notice that if Our Client’s demands are not met within the stipulated time, we shall, without further recourse to you, commence necessary proceedings against you in a court of competent jurisdiction.”

Mayaki’s allegations Baseless — INEC Also reacting, the Chief Press Secretary to the INEC Chairman, Mr. Rotimi Oyekanmi, told Vanguard that no staff of the commission, current or retired, had the capacity to interfere with the system.

Oyekanmi said; “The allegation that an ex-staff of the Independent National Electoral Commission, INEC, can rig the Edo Governorship election scheduled for 19th September 2020 is baseless.

HAVE YOU READ?:  Reps to reopen alleged $1.348b power fraud probe

“With the innovations already in place, it is impossible for any staff of the Commission to rig the election or any other election for that matter.

“Nigerians and the good people of Edo State should disregard the allegation and be rest assured that only the votes cast by eligible voters on 19th September 2020 will determine who becomes the next governor of Edo State.”