He spoke yesterday at Full Moon Hotels, Owerri, during a luncheon and interactive session with influencers.

The media strategist, social media influncer and leadership blogger revealed that he has been promoting the candidature of Linus Okorie because he is a consummate leader of men, a man of honour, a nation builder, resource mobilizer and a leading scholar in the growth and development of nations.

HAVE YOU READ?:  Tornado kills 23 in Alabama, leaves swath of destruction

Linus Okorie despite having two doctorate degrees, prefers to be addressed simply as “Mr Linus” and is very much accessible unlike others. He is one man who has invested so much in human capital development and youth empowerment. Over 300,000 youths has been impacted directly by him while millions reached through his books, radio and television programmes. Mr Anyanwu believes strongly that he would bring the much needed change if elected Governor of Imo State. 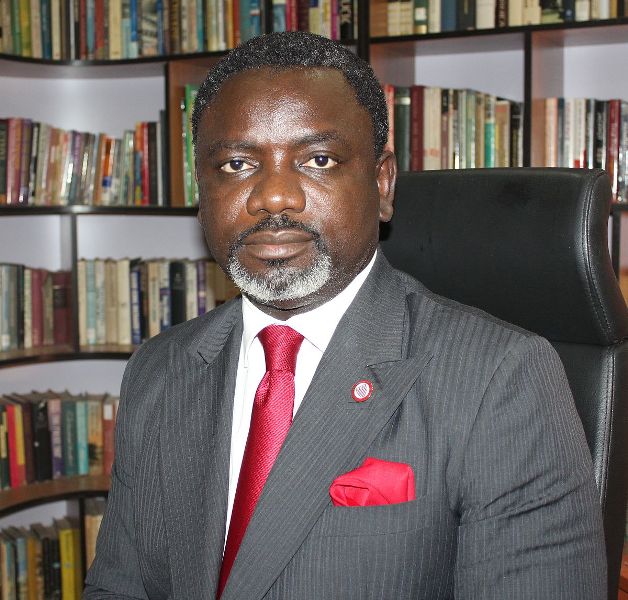 Anyanwu also averred: “Linus Okorie offers something new, something bold, something different. He is not a chip off the old block. He has taken the lead in human capital development as a foremost leadership development expert, he has invested a lot in our youths and would always have my support.

He also said our politicians has failed us. adding that is the reason why we all must work together towards smashing the old order. We must refuse the temptation of being swayed or induced by politicians because the decision we make today will either make or mare our future.

Advertisements
HAVE YOU READ?:  PDP expresses dissatisfaction over election result: May head to tribunal

“All hands must be on deck to ensure that we ensure that the right people alongside with Linus Okorie emerges. So as to be involved in governance because the problem we have today is lack of quality leadership. We must ensure that this happens come 2019 by our votes”

He said after the luncheon, Imolites must head to the fields to work for the victory of Young Progressive Party (YPP) in 2019.

He noted that the Young Progressive Party would win in Imo State because they have the best candidate and are well connected to the grass root .

Anyanwu thanked the National Working Comittee of YPP, State Chairman and executives of Young Progressive Party for organizing unarguably the most transparent primaries ever.

It can be recalled that in an extraordinary moment in the history of direct primaries in Nigeria on the 15th September 2019. YPP Governorship candidate defeated other two candidates with 751 of the delegate vote to be elected the YPP candidate for the 2019 Governorship race in Imo State .

HAVE YOU READ?:  Did Okorocha Play God By Endorsing Uche Nwosu? By Kizito Duru.

He was the first to emerge victorious in Imo State and has been involved in several tours [local & International ] to galvanize more people to join in the quest to build a world class IMO filled with endless possibilities.

I am not afraid of probe – Okorocha

Coronavirus: Imo Govt Plans Ahead For Resumption of...

Okorocha Opens Up On Rift With His Adversaries In Imo APC

My detractors must apologise to Imo APC, says Gov Okorocha