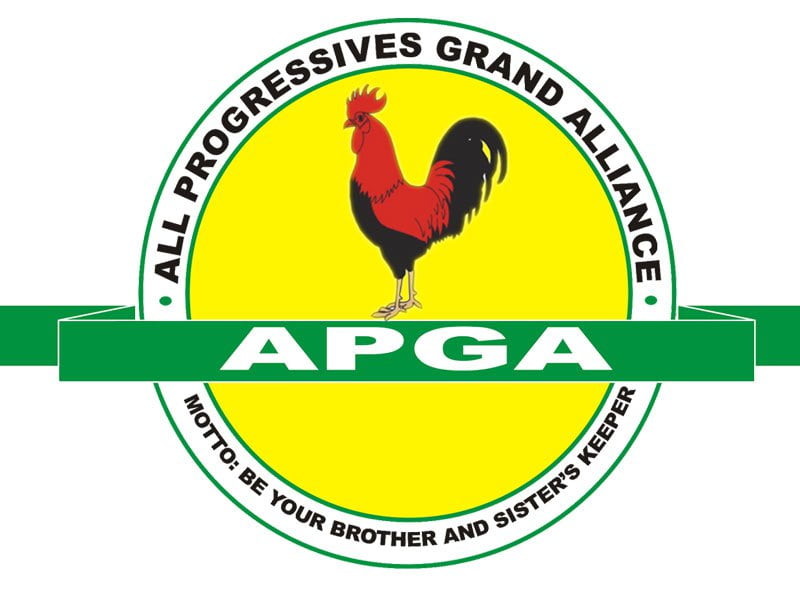 South East leaders of the All Progressive Grand Alliance, APGA, met in Owerri, Saturday, where they announced their resolve, to ensure victory for it’s candidate, Attorney Charles Onyirimba in Okigwe senate bye election.

The party leaders comprising Chairmen and Secretaries of the party drawn from the South East States, at a meeting held at the mo State Secretariat, Owerri, argued that APGA should be allowed to produce a Senator for Okigwe Zone, since the PDP and APC are representing Owerri and Orlu Zones in the Senate.

HAVE YOU READ?:  Okigwe Senate: Group dumps Chikwem Onuoha over lacks of capacity to deliver

The party leaders contend that if the Okigwe Zone Senatorial bye- election, is not rigged or manipulated by PDP and APC, APGA would win the election because its candidate, Barr Charles Onyirimba, has the quality to win the polls.

In his remarks, the Anambra State Chairman of the party, Nze Robert Obi, advised APGA faithful not to allow the party collapse saying “the flag of the party has been flying despite challenges the party is experiencing”

HAVE YOU READ?:  West Brom Sack Bilic After 18 Months

Obi stressed that “APGA led government of Anambara State is setting a pace for others to follow, especially in terms of regular payment of workers’ salaries, pension and gratuities to pensioners”.

He enjoined party members in Imo State to continue to canvas support for the party flag bearer, Onyirimba, to enable him emerge victorious in the Okigwe Senatorial bye- election slated for 31st October, 2020.

Contributing, the Imo State Chairman of APGA, Hon John Iwuala, stated that he believes that the party “stands a better chance to win the Okigwe Senatorial bye-election because the party has a candidate with a track record and a grassroot politician”.

HAVE YOU READ?:  Okorocha insists Nigeria needs one Senator per State to cut cost

Iwuala pointed out that “APC and PDP are in court against themselves”, saying APGA, as an organized party with good ideology for the people, is well positioned to win the election to assuage teething social and economic needs of the people.

He assured that the party’s candidate if elected to the Senate, would gurantee effective representation for the people of Okigwe zone.

Need for action against online pests