Moved by the devastating effect of the consumption and abuse of Methamphetamine Hydrochloride, popularly known as ‘Mkpuru Mmiri’ by youths in the South East and other parts of Nigeria, the Eze Ndigbo Ghana and the Assistant Publicity Secretary Ndieze Ndigbo in the Diaspora, HRM Dr Chukwudi Ihenetu has called on all stake holders to uproot the evil cankerworm from the region.

Mkpru Mmiri or crystal meth Ice comes in clear crystal chunks or shiny blue-white rocks. It is a new dangerous drug that is already sending many youths to untimely death.

Advertisements
HAVE YOU READ?:  EPL: I should definitely score – Aubameyang reacts to Arsenal’s defeat to Man Utd

In a statement, HRM Dr Ihenetu lamented that the hard drug is already making headway into southeast with devastating results. “I hereby call on the NDLEA under the watch of Gen Buba Marwa (retd) to immediately swing into action by nipping the ugly trend before it gets out of hands.

“Equally I’m calling on all Royal fathers, religious leaders, print, electronic and social media to strongly condemn and campaign against consumption of ‘Mpuru Mmiri’ by youths in Igbo land.”

HAVE YOU READ?:  Imo traditional rulers call for sack of chairman

On the likely cause of rise in the high rate of abuse of the drug, the royal father blame it on lack of jobs for the  youths. 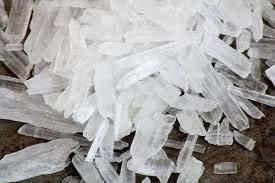 HRM Ihenetu thus called on government at all level to create jobs for the youths. “Nigeria has great fertile lands that could be used for mechanised farming. If some of these youths, can be employed, they will become productive and crimes including abuse of ‘Mpuru Mmiri’ will disappear”

On the possible consequences of abuse of Mpuru Mmiri in the South East, HRM Dr Ihenetu said it could lead to increase in crime as well as destroy the youths that will take over from us in the future.

Rema squashes beef with DJ Neptune as he...

DaBaby, Quavo, And Others Served Their Communities By Giving Away Food And Other Items For Thanksgiving

Liverpool cruise past Porto to maintain 100% record in Champions League