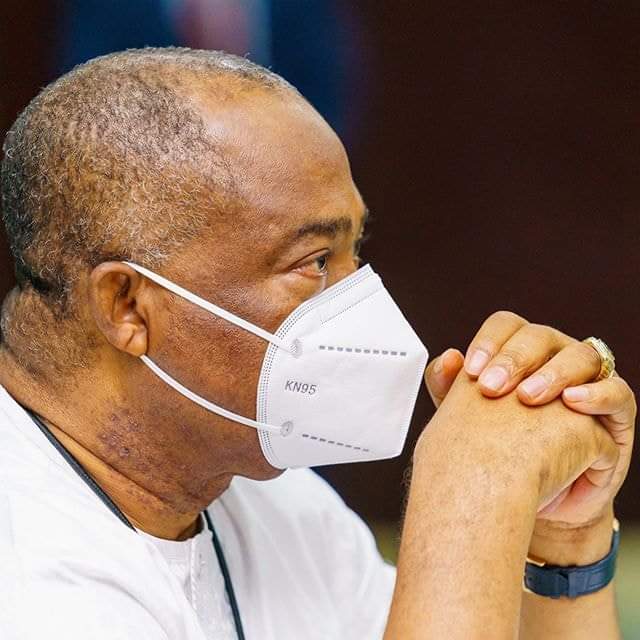 Governor Hope Uzodimma of Imo State has said some aggrieved politicians are behind the recent attacks on police stations and a correctional facility in the state.

He said the politicians’ objective is to destablise the All Progressives Congress (APC) administration.

The governor spoke yesterday while featuring on Politics Today, a Channels Television programme.

He said: “What happened in Imo State last Monday is unbelievable. A group of hoodlums, of course sponsored by some known politicians in Imo state, decided to destroy public infrastructure and government facilities — and attacked a correctional centre facility and also attacked a police state headquarters.

“But what is important to take home is for Nigerians to know of the plot by a group of aggrieved politicians to destablise the government of APC. I have done some thorough investigation and I have a credible lead as to those who are sponsoring the activities of these hoodlums.

“We are working hard to ensure that the sponsors of these dastardly act must be brought to book.”

The governor also said members of the proscribed Indigenous People of Biafra (IPOB) are not behind the attack.

HAVE YOU READ?:  Ambrose Nwaogwugwu remains in DSS custody after first trial

The police had earlier said the Eastern Security Network (ESN), an outfit of IPOB, was behind the violence in the state.

But Uzodimma said hoodlums were hired from outside Imo state, noting that they only pretended to be IPOB members.

He said: “They(politicians) try to identify grievances of people in a particular area. They hire hoodlums from outside Imo State. They bring them in pretending to be IPOB and they commit this crime and they go away.

HAVE YOU READ?:  Police officers protest in Maiduguri over unpaid salary

“It is not about IPOB. Yes, we agree, we have aggrieved IPOB members. But I can tell you, those who are doing these destructions, most of them were brought from outside Imo State.”

The governor said his administration has trained over 4000 youths on community policing. He said they will work with vigilantes to support the efforts of security agencies to secure Imo State.