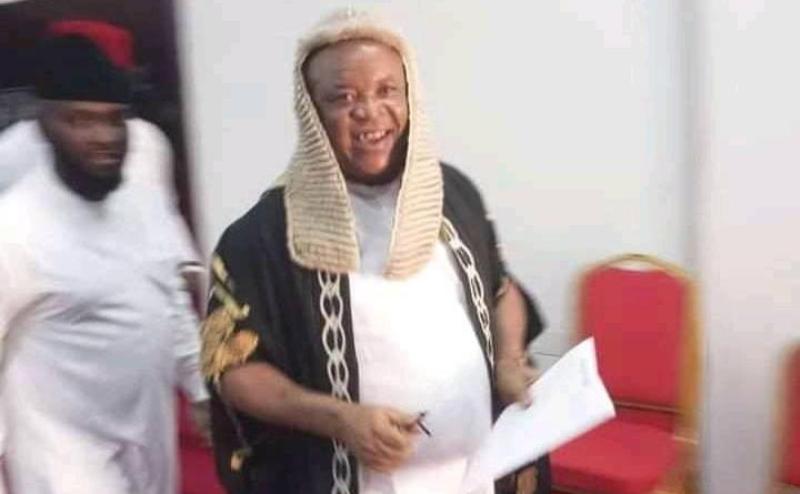 Speaker, Imo State House of Assembly, Rt. Hon. Paul Emeziem has described the incessant attacks on police facilities in the state as calculated attempt by the enemies of the state to distract the governor, Sen. Hope Uzodinma.

Rt. Hon. Emeziem stated this, on Wednesday in Owerri while reacting to the early Monday attack of the Police Command Headquarters and Nigerian Correctional Services Center by suspected hoodlums.

HAVE YOU READ?:  Imo orders contractor to refund N1.4 billion for road project

He also expressed confidence on the capability of Governor Uzodinma to address the security challenge, apprehend the perpetrators, restore peace and normalcy in the state as well as continually safeguard the lives and properties of the people.

The number three citizen of the state equally reiterated the need for the entire citizens of the state to rally round the governor and support his efforts to guarantee sustainable peace, progress and development in the state.

HAVE YOU READ?:  Okigwe Senate: Dan Nwafor Led APC give conditions to aspirants

In his words, “what happened last Monday is highly condemable. We see it as a politically motivated action. Some people are working very hard to distract the attention of the Governor of the state who has been doing wonderfully well in the state since one year of his assumption of office.

“We know that the interest of those behind this atrocious and barbaric acts is also to cause confusion in the state and make the people vulnerable but I can assure you that God Almighty whose hand is in the government of His Excellency, Dist Sen. Hope Uzodinma will not allow them to achieve their aims.”

HAVE YOU READ?:  No salary for 355 National Assembly workers recruited in 2017

Asked to proffer solution on the situation, the Imo Chief lawmaker said, “the Governor I know is a proactive personality and I know very well that before now, he must have put in place machineries that will address this rubbish and ensure that this situation do not repeat again.”

The Imo Speaker equally advised groups agitating for separation of the country to deploy strategy of diplomacy rather than indulging in violence and actions that can truncate existing peace and unity of the country.

HAVE YOU READ?:  Okorocha owed us N56.4bn ― Pensioners cry to Uzodimma

He said, “I want to say it categorically clear that until restructuring of Nigeria takes place, the Igbo nation remains a united, one Nigeria in peace and unity.

“So my advice to those agitating for Biafra and so on, the restructuring will be agreed by the people and of course there is no way there won’t be any thing to correct but until then we must remain peaceful and united in the entity called Nigeria.”