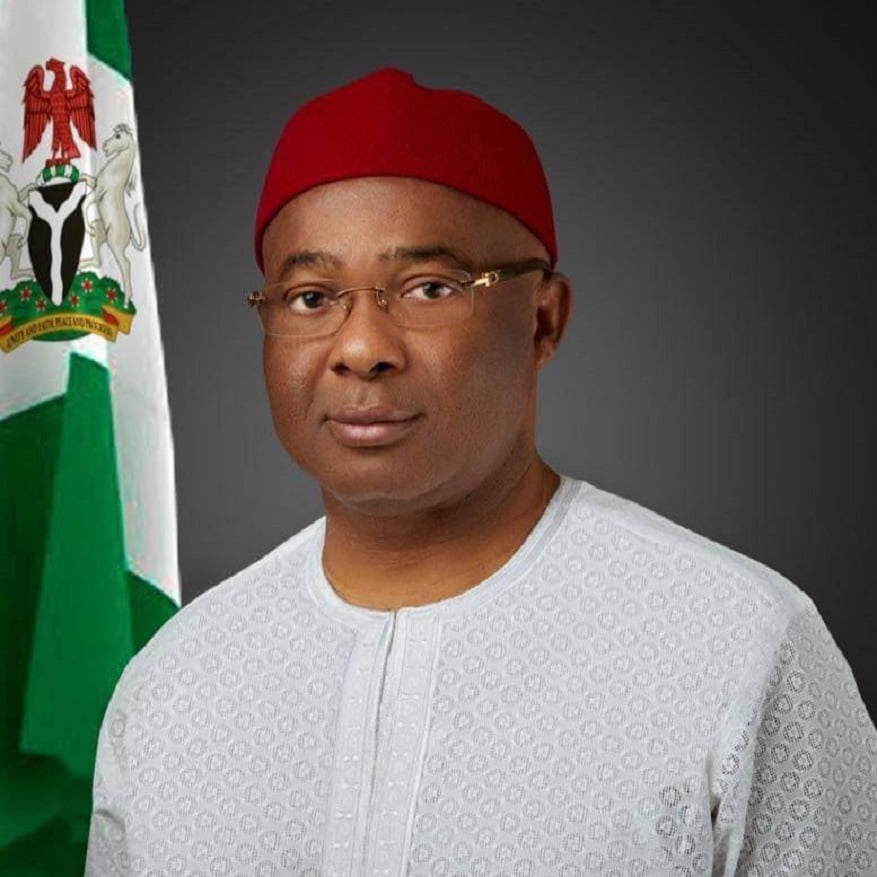 The World Igbo Congress, WIC, has expressed worry over Governor Hope Uzodinma of Imo state’s hatred for the Eastern Security Network, ESN, that the group said has been helping to checkmate the menance of killer headsmen the south east zone.

WIC said it was confused on Uzodinma’s action given his Zamfara state counterpart’s visit and dialogue with bandits that have been killing innocent people in the Northern region unlike the ESN that protects lives of Ndigbo.

HAVE YOU READ?:  Governance Beyond Road Construction, Payment Of Salaries - Group Tells Uzodinma

In a statement, on Thursday,  WIC spokesman, Hon Basil Onwukwe said the group condemned the recent military attack in Orlu Imo state that claimed the lives of innocent citizens and members of Eastern Security Network.

“It’s unfortunate to watch Governor Hope Uzodinma admit ordering the military airstrikes on Imo youths who were volunteering to monitor against the killing and raping by Fulani Herdsmen.

“The Governor of Zamfara recently visited and openly took a photo with hordes of bandits and militants in his area. The other Northern leaders have made numerous ransom payments to kidnappers, including redemption offers and conversion into the national security apparatus.

Advertisements
HAVE YOU READ?:  Okorocha owed us N56.4bn ― Pensioners cry to Uzodimma

“The federal government has been encouraging Governor Hope Uzodima to govern by intimidation and vindictive-destructive mission against Igbo youths.

“What exactly has the ESN done that makes them terrorists or criminals that the Nigerian military has turned Orlu into a war zone? The killing of Imo State indigenes and ESN volunteers that withstood killer herdsmen is unwarranted,” WIC said.

The group noted that it was a height of irony that whereas President Muhammadu Buhari’s defense minister recently admonished Nigerians to stand their ground and face bandits and killer herdsmen, the same Buhari administration permitted the use of helicopter, gunships and artillery against her citizen as requested by Governor Hope Uzodinma to kill the people working to stop the killers.

HAVE YOU READ?:  ISIS kill five family members in Iraq

“Word Igbo Congress is therefore calling on the international community to investigate the heinous act perpetrated by the Governor of Imo state, the rationale that brought the Governor into power from a distant fourth position, and as a matter of urgency place movement restriction on the government officials involved,” WIC suggested.

Minimum wage: Why implementation is delayed –...