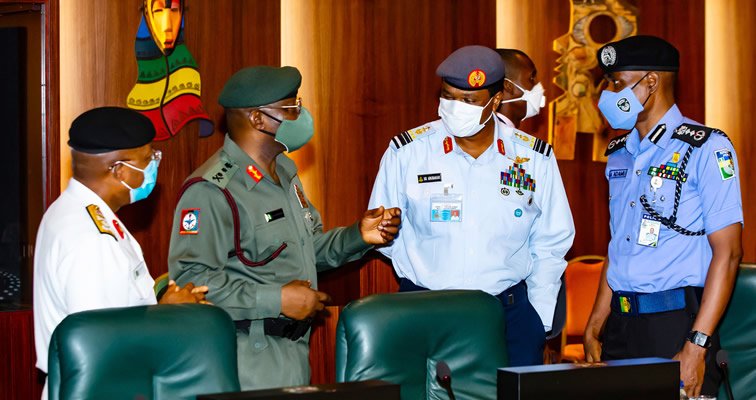 NORTHERN elders on Tuesday called on the President, Major General Muhammadu Buhari ( retd ) , to name new service chiefs and ensure it conformed to Federal Character principle .
According to them , “the appointment of all the current security chiefs from the North is morally wrong and may have emboldened criminals and bandits . ”
The elders under the aegis of Coalition of North -East Elders for Peace and Development , in a statement by its National Coordinator , Zana Goni, described Buhari ’ s New Year Message as empty because he refused to announce the sacking of the security chiefs despite worsening security problems in the country .
He said the announcement of new service chiefs by the President should be the New Year gift for Nigerians.
The CNEPD said, “Many people are dying daily in the North as a result of banditry and insurgency but the situation is being underreported. We listened to the New Year speech of Mr . President to Nigerians with rapt attention believing that he was going to give us a New Year gift in new service chiefs . But the President, to our disappointment , was silent on this key issue on the lips of every Nigerian. ”

HAVE YOU READ?:  Nigerian-born Uzoma Asagwara elected into Canadian parliament