Why a consensus candidate is bad for Ohanaeze 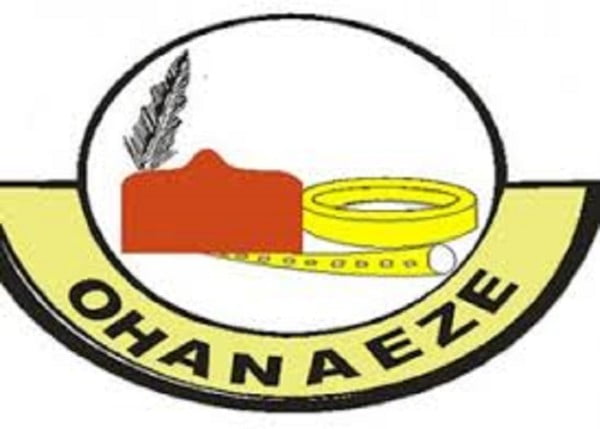 The recent news that members of Ohanaeze in Imo state had presented a consensus candidate to lead the rest of the Igbo nation is undemocratic and should be seen as unconstitutional.

One of the major characteristics of sociocultural groups in Nigeria has been their neutrality in the polity and this is where it’s greatest strength lies.

HAVE YOU READ?:  Change it to business networking

Ohanaeze has been a leading voice in calling out President Muhammadu Buhari for the injustice melted out on Igbos, why will the same Ohanaeze now wants to be a party to injustice.

It is no news that the the decision of the governor of Imo state to present George Obiozor as the consensus candidate from IMO has an undertone in regards 2023, it looks like an APC agenda. The question now is what about those Igbos who are affiliated to other political parties, will Ohanaeze now represent their interest?

HAVE YOU READ?:  Ohanaeze yet to choose my successor — Nwodo

In 2019, our leader, Barr Nnia Nwodo stated in clear terms that the Igbos will only support a candidate that will restructure Nigeria and so it happened when Igbos declared their support for Atiku Abubakar even against the wishes of some state governors. The above shows neutrality and also shows that Ohanaeze is an independent entity. If President Buhari had pushed for restructuring, it means Igbos would have supported him.

The South West Governors support Afenifere but does not impose leaders on them. Recently, when the south west floated it’s security outfit, the Governors of the south east wanted to do same but for some unknown reasons, they stopped the agenda, it was only Ohanaeze who continued to push. Imagine an Ohanaeze that is controlled by the governors, not just the governors, an APC governor, it simply means we will lose our voice against the Federal government.

HAVE YOU READ?:  Suspended Ohanaeze secretary under fire for suing Nwodo

Every candidate who has declared for the presidency of Ohanaeze deserves a chance to convince the delegates on why he deserves to be the next president. Let the people make their choice. That is it the turn of Imo state to produce the next president does not mean it they must impose someone on the rest of the Igbo nation. Ohanaeze must not only be said to be just, it must be seen to be just.

HAVE YOU READ?:  If Red Cards were PVCs: 10 things PDP should never try again

Any attempt to make Ohanaeze lose its neutrality will present a bad front for the future and it is my generation that will suffer it. This is a moral plea.

All candidates must be allowed to present their manifesto to the rest of the Igbo nation and let us decide who will lead us.

In conclusion, I call on the yet to be inaugurated electoral committee and the Imeobi to reject the idea of consensus and give every candidate a chance.

HAVE YOU READ?:  Profile: Nwabueze Buchi George an International Trade and Business Executive

The big question is that why is it that the APC in the south east is so determine to bring Ohanaeze under it’s control? Records shows that all those who have supported this consensus candidate either belong to a state govern by the APC or is a card carrying member of the APC.

Alozie Alozie, United States based Nigerian and a public commentator and be reached on Alozie2@hotmail.com

Imo Attacks: The real worry should be that...

IMO: Between Uzodinma, Okorocha and IPOB

From millionaires to minnows: The grace to grass...

How Buhari received “a total idiot” in Aso...

RE: CRIMINAL AND FRAUDULENT ACTIVITIES OF BARRISTER REUBEN...

Is the Quest for a Mega Party Another...

Can Leeroy find his feet among Nigerian...