APC Hands Over Party Structures To Govs, Okorocha, Araraume In Dilemma In Imo 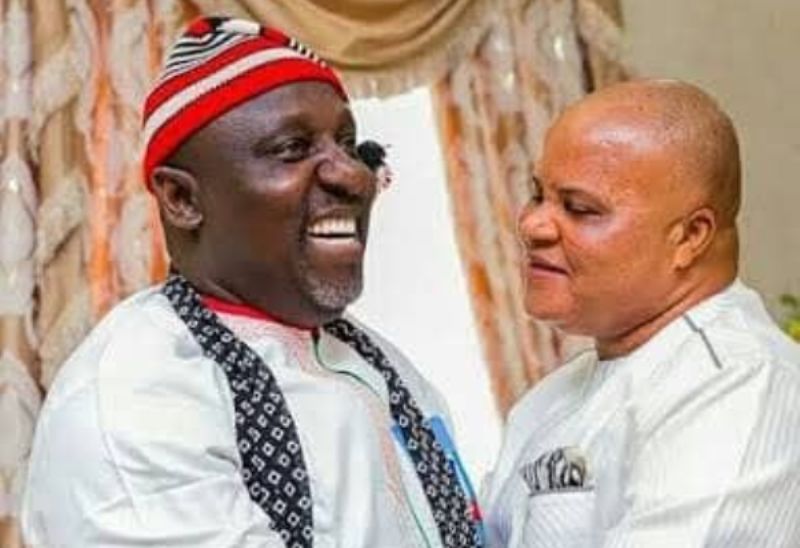 There are clear indications that henceforth the structure of the All Progressive Congress, APC will be fully controlled by state governors. And if this becomes the case, then it is a different ball game for those not on the same page with Governor Hope Uzodimma in Imo State chapter of the APC.

Recall that the National Executive Committee, NEC of the APC had last week dissolved the party executives at the zonal, State, local government, ward and polling unit levels.

INNONEWS was told that State Governors elected on the party’s platform will take control of the party in various states before and after Congresses take place.

“The politics of 2023 will determine a lot. State Governors hold the ace and they are entitled to take full control of the party in the States. This will not be compromised for any reason though other stakeholders will not be left out. But the bulk stops at the table of the Governors” said a top chieftain of the APC who spoke on condition of anonymity.

HAVE YOU READ?:  Ihedioha accuses Okorocha of setting booby traps for him

“Former Governors, Senators, former Deputy Governors, other leaders and elders of the party in various states will be accommodated in the party structure. But this will be at the discretion of the Governors.

“Though there will be congresses, the party is looking at allowing some chunk of the party structure for these category of party chieftains without compromising the stronghold of the governors.

“We cannot compromise the interest of the State Governors, because they are the generals of the party in the States, and will implement the direction of the party when the chips are down in 2023. We are heading into a titanic electoral contest in 2023, we need the governors to take charge. For States not controlled by the APC, ex governors will take charge” the source stated.

HAVE YOU READ?:  Okorocha calls Udenwa out as Worst Imo Governor

This newspaper gathered that with the swearing of Marcellinus Nlemigbo as Caretaker Committee Chairman of the APC in Imo, Governor Uzodimma seems to call the shots in the party.

Uzodinmma, a former governor of the state, Senator Rochas Okorocha, Senator Ifeanyi Araraume, are involved in a fierce scramble for the APC structure in the State.

Fallout Of Reception: “Owerri Zone Should Have Presented A Shopping List To Uzodimma”