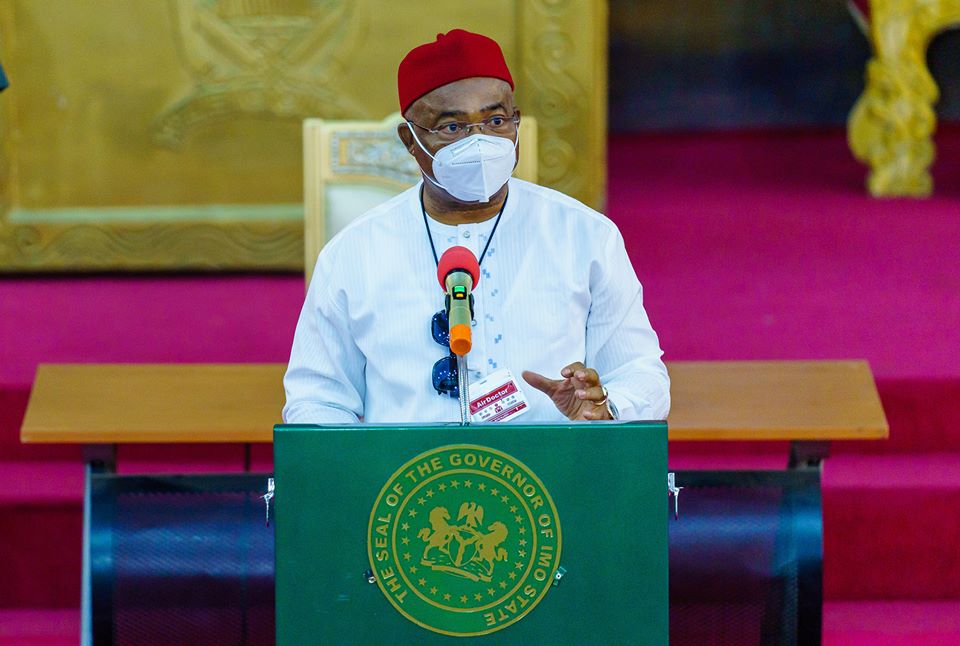 The Imo State Governor, Hope Uzodinma, has vowed to fish out the sponsors of those that hijacked #ENDSARS protest in the state.

The governor, who attributed the mayhem unleashed on the state to the senseless desperation of some disgruntled politicians to regain power, said never again would few desperate and power hungry elements take the state for a ride.

Speaking at a one day crucial meeting with major stakeholders, Uzodinma said, “Our perilous situation in Imo is worrisome but when were wrongly declared loser in the 2019 election, we did not protest because we did not want to destroy our state but only adopted litigation. Sadly enough, hell was let loose when the illegal occupants were chased away and they are now desperate to come back to power.”

HAVE YOU READ?:  NIS holds induction in Imo

Insisting that the hoodlums who wrecked the violence in the state were hired mercenary from outside the state by the enemies of progress to cause anarchy, the governor charged the stakeholders to keep their children away from the “hands of merchants of death.”

“At a time like this, it is necessary to return to all what government is doing and intends to do in the state, hence I have invited you to this meeting which will offer us the opportunity to chat the way forward,” he added.

Army denies killing of 25 soldiers in...