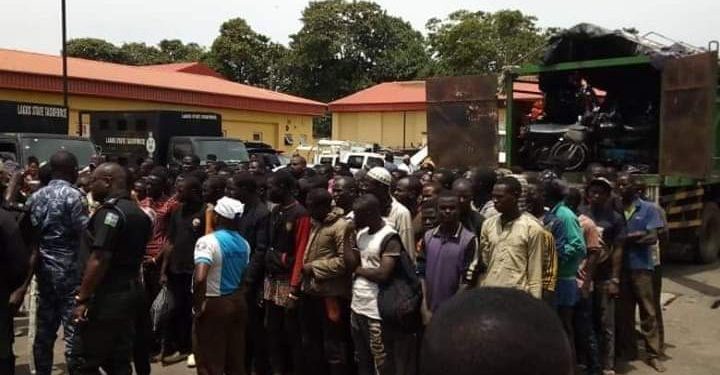 The Commander of the Operation Safe Haven (OPSH), Major General Chukwuemeka Okonkwo, yesterday, paraded 109 hoodlums who participated in the looting of Warehouse in the Plateau State Agricultural Development Programme (PADP) in the early house of Sunday.

Gen. Okonkwo, who paraded the suspects at the headquarters of the command in Jos said the suspects were arrested with items looted at the PADP warehouse.

He said the suspects defiled the 24 hour curfew imposed on Jos North and Jos South Local Government Areas of the state to avert further destruction of lives and property to loot.

HAVE YOU READ?:  End SARS protesters are youths without focus – Batos Nwadike

According to the commander, the suspects destroyed the warehouse and stole fertilizers, chemicals, generating sets, and other farming items.

According to him, the suspects paraded included 97 male and 12 female, saying that they would be prosecuted before competent court of law.

My income unchanged whether 1 or 100,000 vehicles pass Toll gate – Tinubu