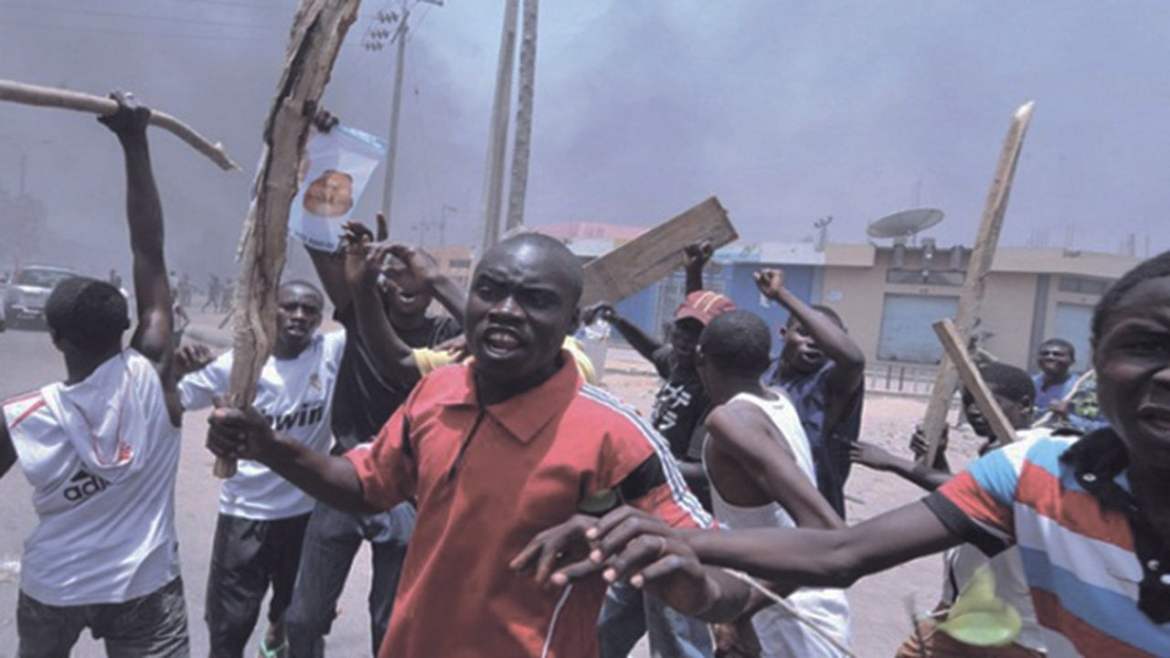 Sources in the town also told DAILY POST that the hoodlums who have taken the town into ransom are claiming to be protesting against police brutality.

Our correspondent recalls that the protests against police brutality started two weeks ago.

DAILY POST, however, gathered that some hoodlums have invaded Iseyin police station.

The hoodlums have carted away some property in the station.

Also invaded were the Customs base in the town.

Nigeria Security and Civil Defence Corps (NSCDC) office in the town has also been invaded.

An eyewitness, Mr. Afeez Bolaji confirmed the invasion to DAILY POST on Thursday.

An SMS sent to Mr. Fadeyi for confirmation has not been replied as at the time of filing this report.