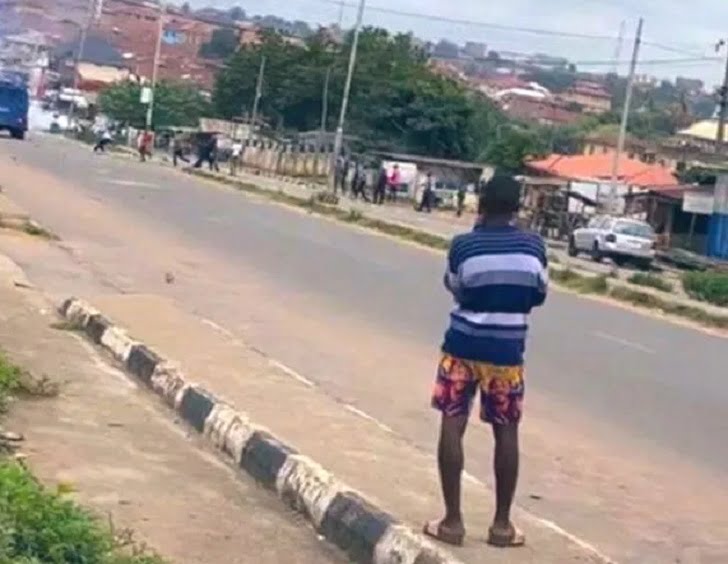 Barely 24 hours after the killing of Isiaka Jimoh during the #EndSARS protest in Ogbomoso on Saturday, an angry mob reportedly besieged the palace of the Soun of Ogbomoso, Oba Jimoh Ajagungbade.

Properties worth several millions of naira were said to have been destroyed in the palace by the youth, who were protesting against the killing of Jimoh.

The Secretary to Soun, Mr Toyin Ajamu, who described the attack as unwarranted, said, “We had been trying to appease the protesters since morning. The protesters, who introduced themselves as students, came to the palace yesterday (Saturday) on the #EndSARS rally and we addressed them. We learnt that they later turned violent and one person died.

“Today, some of the aggrieved youths set bonfires at various junctions leading to the police station. To prevent the matter from degenerating, Kabiyesi directed some of his chiefs to appease the protesters, but they started stoning whoever came their way and threw tyres into the station.

“The Minister of Sports, Sunday Dare, visited the palace shortly before the attack on the palace while returning from a visit to the family of the deceased. They shattered windscreens of vehicles in the palace, vandalised the palace and burnt down a motorcycle.

HAVE YOU READ?:  I can't step down for anybody - Martin Agbaso

“We were only saved because there were burglar proofs on the windows. Nobody was injured, but about 10 vehicles were vandalised, including the vehicle of the Chairman of the Christian Association of Nigeria, Ogbomoso North Zone, Rev. Tayo Adeyanju. The police were running for dear life so they couldn’t respond on time.”