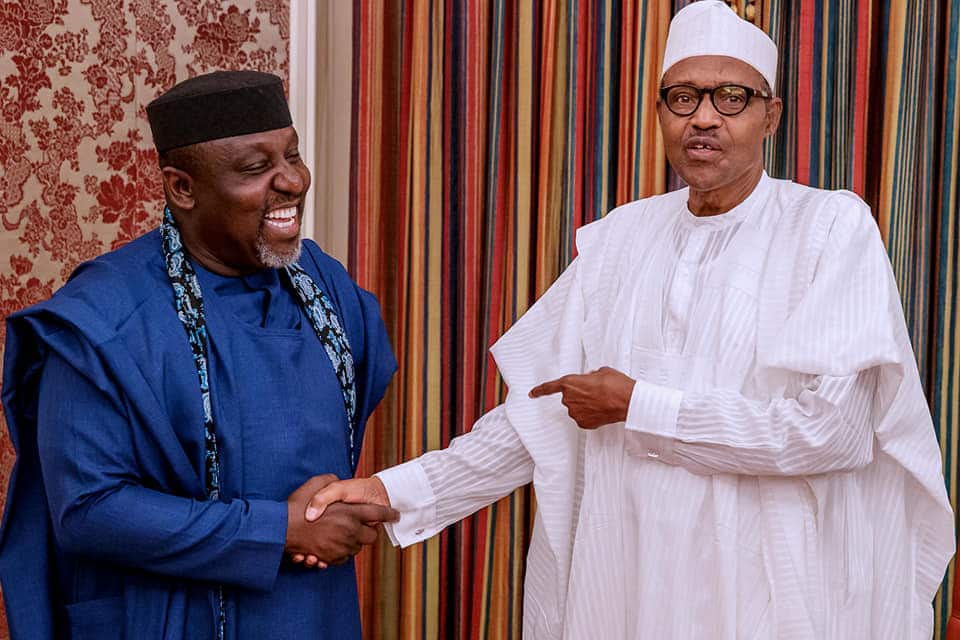 Rochas Okoroacha, former governor of Imo state, has asked President Muhammadu Buhari to do away with incompetent appointees by adopting the “hire and fire” approach.

Rochas spoke when members of the Integrity Group of the non-national working committee, national executive committee (NEC) of the All Progressives Congress (APC) paid him a visit in Abuja.

He expressed disappointment over the loss of ”APC states” to the major opposition party, saying it is painful that the party no longer controls any state in the south-south region.

HAVE YOU READ?:  Nigerians react as Northern elders tell Buhari to resign

He blamed the problem of the party on the selfishness of its leaders who pursue individual interest instead of working for the good of all.

He said the people who worked for the success of the APC have been neglected which, according to him, as resulted in “so much anger from ward level to the national level” while Buhari bears the brunt.

He said the APC leadership and all concerned have not rendered the necessary support to Buhari “in achieving his heart desires for this country”.

Advertisements
HAVE YOU READ?:  Three stabbed to death in France 'terror attack'

“I must say here that what works in most developed countries is hire and fire which brings discipline in the system. There is nothing as bad as persons who occupy government positions and are not working but are kept for sentiment basis,” Okorocha said.

“They should be fired to create room for those who can perform. There is nobody on earth who is Alpha and Omega, if you can’t do the job, be sure that someone can do it.

“But when you know you can’t be fired If you messed up, you tend to mess up the more. So, I suggest that our party should begin the issue of hire and fire. That is why I commend the decision to remove the leadership of APC.

“That is how it should go; if you can’t do the job we show you the way out. I will urge our party, the APC, under the leadership of President Muhammadu Buhari to imbibe the spirit and fire so that people can sit up and do the right thing.

“The problem of the party is the selfishness of the political leaders. We no longer have what I term collective responsibility, rather we have selfish responsibility where leaders are busy thinking the next election and what positions they can occupy instead of thinking about the dividends of democracy as it should affect the people of the Federal Republic of Nigeria.

HAVE YOU READ?:  How Uche Ogbuagu Lost Out The Power Play At Imo Assembly

“So, policies of our government are just hanging and do not get to the grassroots. Owners of our party are not participating in the running of the party.”

He asked the leadership of the party to return to “how it all started and where we started from”.