NSCDC officer, 2 others burnt to death in Badagry motorcycles accident 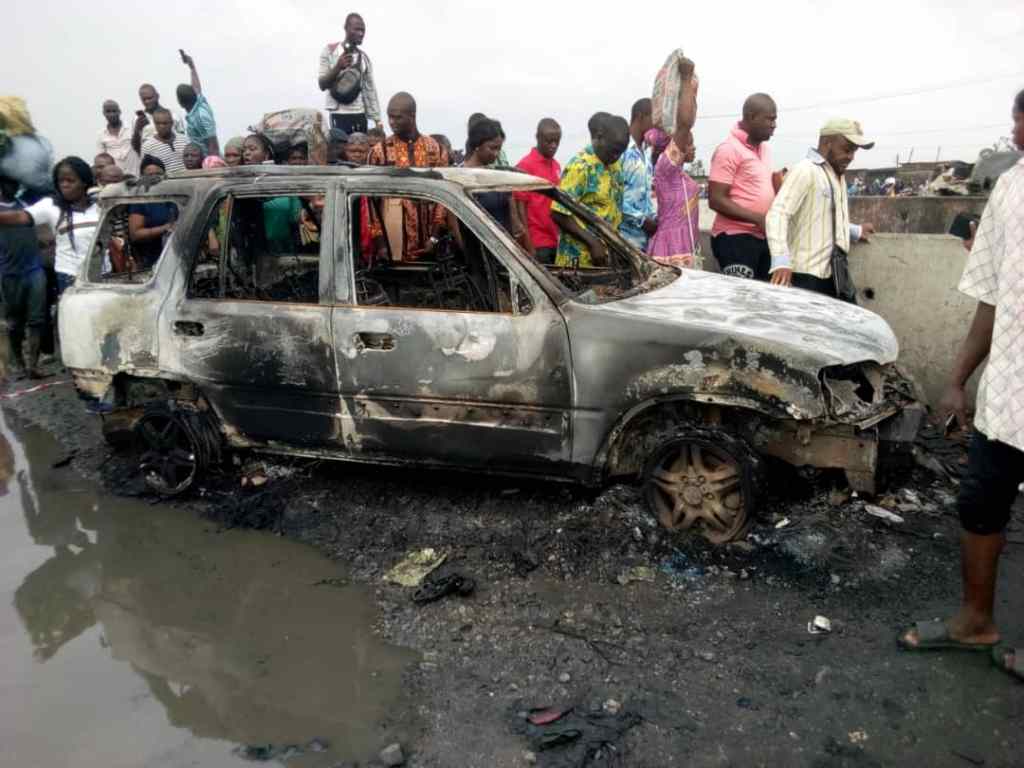 An official of Nigerian Security and Civil Defence Corp (NSCDC) and two others were on Tuesday burnt beyond recognition following the crash of two motorcycles along Badagry-Seme expressway.

A witness told the News Agency of Nigeria (NAN) in Badagry that the collision, which occurred around 8a.m. at Iyaafin area, resulted in an explosion.

“The two men on the motorcycle laden with petrol were on top speed and collided with the NSCDC officer on official bike.

HAVE YOU READ?:  Two killed, others injured in Imo road accident

“Fire however broke out and inflicted various degrees of burns on them.

An official told NAN at Badagry General Hospital that the victims had been assigned an emergency ambulance to take them to LASUTH Gbagada for further treatment. (NAN)