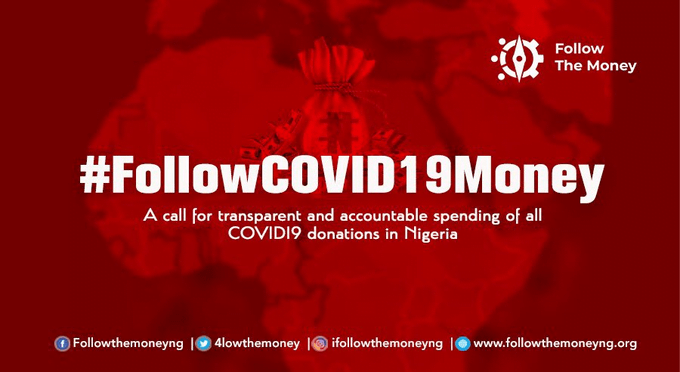 THE Socio-Economic Rights and Accountability Project, SERAP, deserves the commendation of Nigerians for its proactive commitment to ensure that the federal and state governments render full account of funds spent in tackling the on-going coronavirus pandemic, COVID-19.

As the nation embarked on emergency lock-downs as part of efforts to curb the spread of the virus, SERAP had, March 22, 2020, called on governments to monitor the disbursement and management of funds to minimise corruption and ensure that people at the grassroots benefited.

This was more so as many public-spirited individuals, corporate organisations and international humanitarian groups made huge financial contributions towards the fight.

Six months later, SERAP has followed up with two Freedom of Information, FoI, requests to the Governor of the Central Bank of Nigeria, CBN, Mr. Godwin Emefiele, and the Minister of Humanitarian Affairs, Disaster Management and Social Development, Ms. Sadiya Umar Farouk.

The social watchdog and advocacy group expressed its concern that these monies, added to the N31bn the Federal Government claims it has spent on fighting the pandemic, might have failed to benefit millions of Nigerian poor and vulnerable who were forced to endure the adverse effects of an absolute lockdown.

HAVE YOU READ?:  IPOB accuses police of killing 5, arresting 15 members in Imo

The most curious aspects of the Federal Government’s actions were the distribution of raw cash across the table to well-dressed individuals of questionable vulnerability, personally supervised by Minister Sadiya Farouk; and the “school feeding” she claimed to have carried out while schools were shut and the pupils were with their families during the absolute lockdowns.

The Minister later claimed that 2.6 million vulnerable Nigerians from “all over the country” benefited from the N20,000 cash disbursements without foolproof evidence. Also, the source of the fund used for these purposes has remained unclear.

HAVE YOU READ?:  I’m not afraid of death, Zamani Lekwot replies Sharia Council

While Minister Sadiya Farouk was quoted as saying that the fund was from a World Bank loan, the African Network for Environment and Economic Justice, ANEEJ, claimed that it was part of the $322.5 million Abacha loot returned to Nigeria from Switzerland. The call for accountability is valid and supported.

It is in line with public expectations as it will provide answers to many questions following the manner in which the COVID-19 pandemic has been handled by the authorities.

A government that makes anti-corruption a core agendum should not even wait to be cajoled before giving account.

Nigerians also need to know whether the stealing of funds, food and relief materials by officials which has bedevilled the North East humanitarian crisis management has been repeated in the fight against the pandemic.

A situation where the frontline health workers deployed to save lives have been forced to go on strike several times over neglects naturally calls to question as to how funds were spent. We fully support this advocacy. We are waiting to hear from government.

HAVE YOU READ?:  Breaking: Gbajabiamila begs NLC to suspend strike