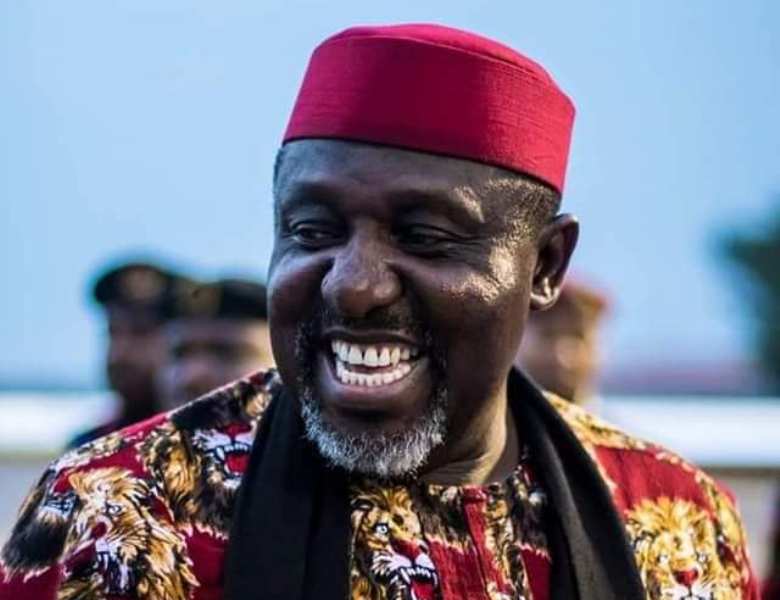 Nigerians have hailed former governor of Imo State, Senator Rochas Okorocha for describing the loss of his party in the Edo State governorship election as people’s revolution against injustice.

Okorocha who is the senator representing Imo West Senatorial Zone, had on Sunday while reacting to the outcome of the just-concluded Edo governorship election, insisted that APC’s loss was the masses’ revolution against injustice.

He said “The truth is, what I have been talking about has come to play. If PDP wins in Edo, I will not congratulate the PDP, I will congratulate the Edo people. I congratulate them for standing up against injustice because the people that voted for Obaseki are not only PDP, even people in the APC voted for him. They want to stand up for injustice, Edo people are not docile, they know what they want and how they want it”, Nigerians who were impressed with the senator’s comment hailed him for ‘speaking the truth’, saying that it is the best they’ve ever heard from him.

@ik_kefe “You are the man of truth somehow, why it somehow is that you said the truth right now maybe later or in other things you may come out with the other you.”

@baba_singa “We just manage through Ben Johnson way to get one state Finally one of the founding father have say it all! The best I have heard from Rochas for a long time”

@Chi_nyere87 “This simply means that in any free and fair elections, APC would not stand a chance of winning. Thank you for acknowledging this fact”

@HOC15014922 “Why I like Igbos no matter how difficult it is for them, they can easily detect the truth and say it not matter what it will cost them. U just said the plain truth.”

@martinsiduwe84 “This is wisdom and am happy its coming from the losing party.”

@oreva_brightest “First time he say truth to my hearing”

We have finally caged lions from Edo politics ― Obaseki