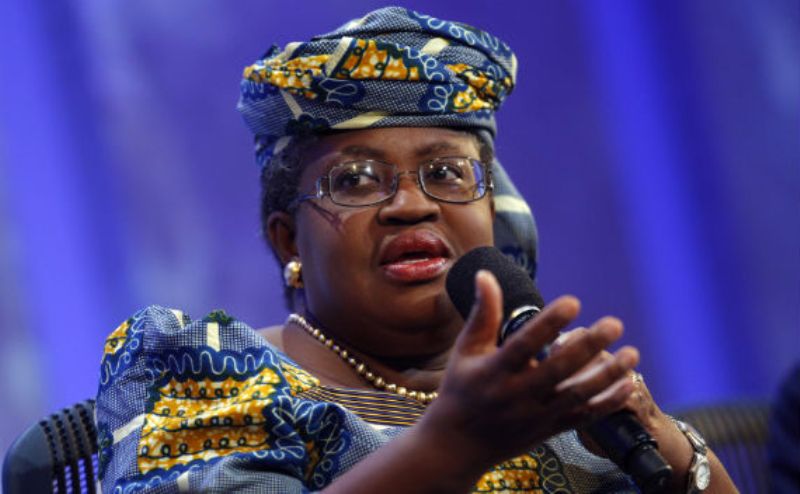 Three candidates running for the post of the Director-General of the World Trade Organisation have fallen out of the race after failing to secure enough votes in the first rounds of voting, leaving only 5 candidates left, including Nigeria’s Ngozi Okonjo-Iweala.

This was disclosed by Bloomberg on Thursday, before the meeting on Friday. The Candidates that are out of the race are Jesus Seade (Mexico), Tudor Ulianovschi (Moldova), and Hamid Mamdouh (Egypt). The candidates were not able to secure the support needed for the first round of 3 rounds of voting.

Ngozi Okonjo-Iweala disclosed last month some of her plans for the Organization if made President. Nairametrics reported she noted that part of her vision is to build a trade institution where there is greater trust among its members. She also stressed that the WTO, at this critical time, is needed to ensure that trade and global markets remain open.

HAVE YOU READ?:  Exclusive: Police step in as ex-Nigerian governor, mistress, fight dirty

On healing the rift between the US and China, Okonjo-Iweala admitted that it is going to be challenging and not be easy. She said:

“Well, this is not going to be easy, if it was easy, it could have been done a long time since. So it would be very challenging but it is not an impossible job. It is very clear that both the US and China have been helped and benefitted from the multilateral trading system in the past. Hundreds of millions have been lifted out of poverty. They have experienced shared prosperity in the economies and their countries.’’

Advertisements
HAVE YOU READ?:  GOGAN opens entries for Essay Competition

She added she would listen to both countries to find out what really are the issues causing distrust among them. She said that she will not want to be involved in the larger political problems, but will rather separate the trade issues and focus on them and build this trust.

“You need to begin to find areas where there can be confidence-building and trade. Building trust is not talking about it, you have to have areas where both can work together and agree and we have a golden opportunity in the fisheries subsidies negotiations that are going on now because the US is a party to it, China is a party, the EU, all other members,’’ she said.

HAVE YOU READ?:  FG Sets Up Campaign Team For Okonjo-Iweala’s Emergence As WTO D-G

Okonjo-Iweala and the 4 other candidates will present themselves to the members of the global trade body for the later stages of voting in the hopes of securing the highest number of votes to succeed the current DG, Mr. Roberto Azevêdo.

Is God a SINNER in Nigeria?