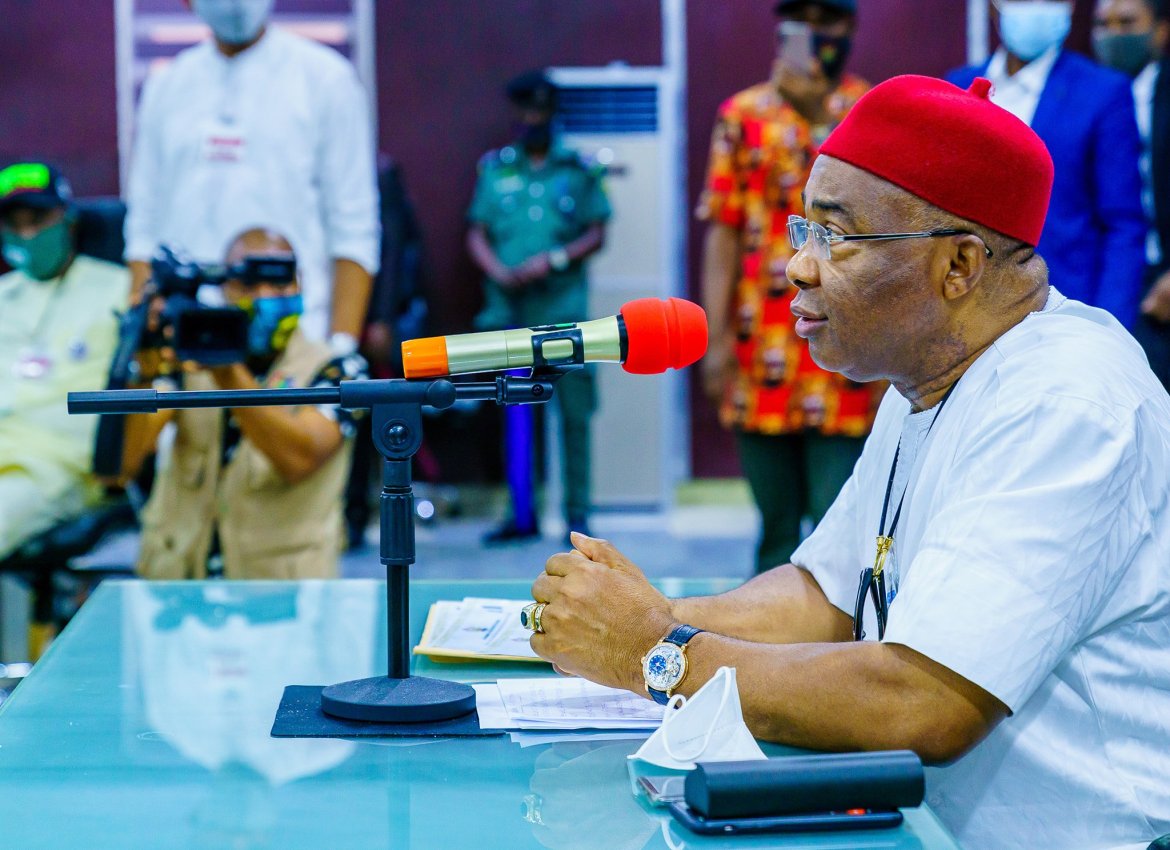 The National President of the National Union of Pensioners, NUP, Abel Afolayan, yesterday begged the Imo state governor, Hope Uzodimma, to pay the state pensioners their arrears owed them by the former governor, Rochas Okorocha, running into N56.4 billion.

Afolayan made this request in Owerri when himself alongside his national executives and Southeast presidents of NUP visited Uzodimma at the government House.

The governor who assured them that his administration would not play with the entitlements of the senior citizens also said: “By the time we took over office, we found out that pensioners and salary payroll were highly manipulated, it became a conduit pipe for looting our resources with fake names as a result of this ugly trend, so we embarked on the verification exercise and we were able to sanitize the system and still on it.

HAVE YOU READ?:  CCT dismisses Onnoghen’s no case submission

“I did not get a handover document from my predecessor, yet I have to do what I have to do, I met a handicapped Head of Service who was never carried along but through private arrangements, we were able to start getting some documents.”

Concerning delay in payment of pensioners, he said: “We insisted on the BVN and some of them submitted their documents late for verification, so as they are verified, they’re approved for payment.”

Earlier, the National President of NUP, Afolayan, “Rochas Okorocha, the former governor of the state, owed Imo pensioners arrears of up to N56.4 billion. We were in agony. I was bleeding inside me as many of us were taking diabetic and hypertension drugs to control our predicament and to end our health challenges and still waiting that one day Okorocha will pay us and nothing came.

“But we are happy now that through the grace of God you emerged as governor of Imo state and we know that you will completely end the sufferings of pensioners in the state regarding their arrears.

HAVE YOU READ?:  Hospital destruction: Fight me, not Imo people, Okorocha tells Uzodimma

“Imo pensioners have not been paid for so many decades that is a death sentence and we believe that the Messiah has come to look into the retirement benefits of pensioners.

“We have been informed of a rebellious group that has emerged to embarrass the statement we don’t believe in violence we believe in dialogue and our members do not believe in it. And such a group is illegal and does not represent the NUP. This group that are embarrassing the Imo govt are not our group.

“Just like we went to Governor Nyesom Wike, we went to Rivers and solved the problem of non-payment of pensioners.