‘Rainfall of three months’ hits Senegal in a day 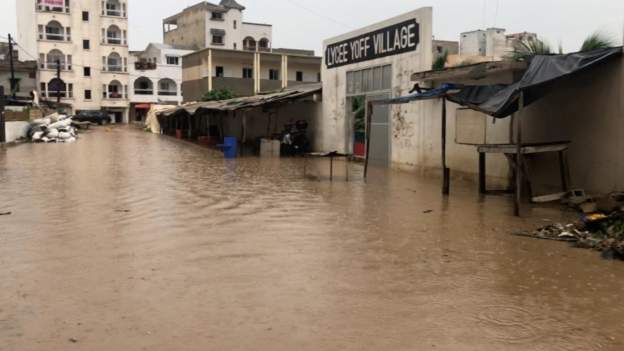 The water minister said there had been more rain in a single day than the total amount that usually falls during the three-month rainy season.

There has been widespread damage and most parts of the country are flooded.

One person is missing in the central region of Kaolack.

Dozens have been killed and thousands displaced during a week of heavy rains across West Africa’s Sahel region.

HAVE YOU READ?:  Flood: Imo begins desilting of drainages to tackle erosion

Kazuyoshi Miura: A professional footballer at 53 – how he does it

As Prof. Obiaraeri keeps to his words