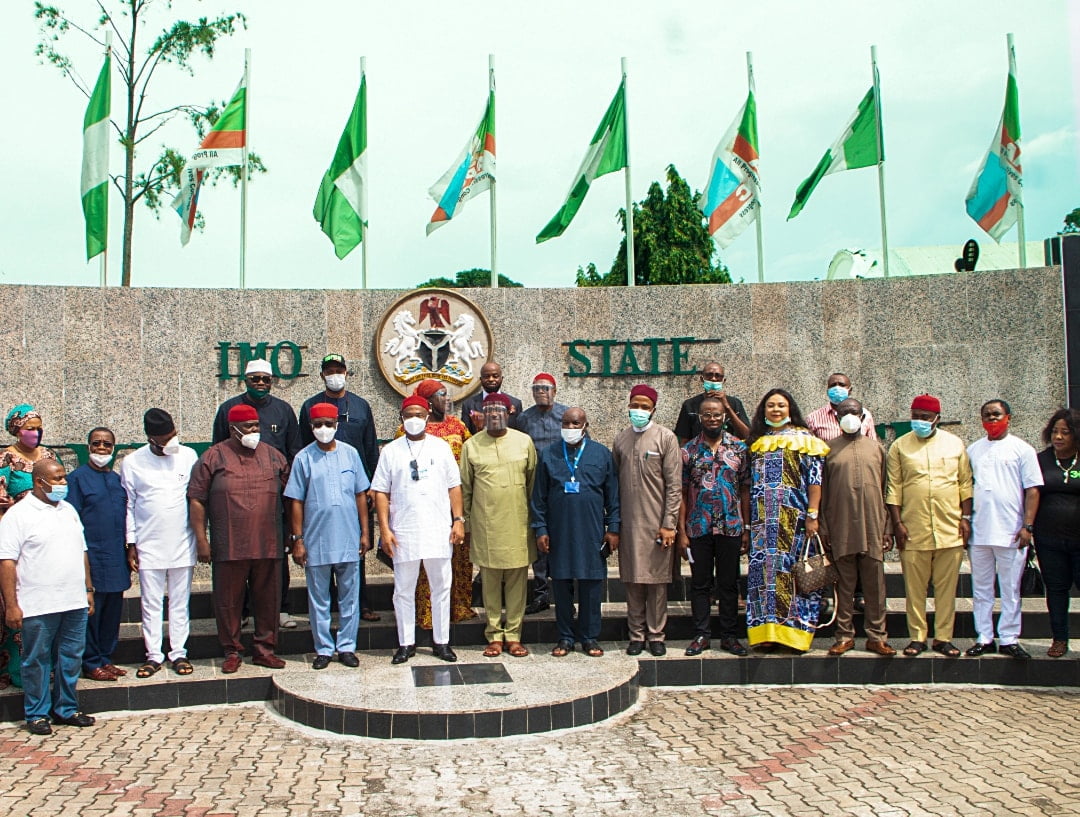 Nine aspirants who contested the All Progressives Congress, APC, Imo North senatorial primaries, have met with the Imo state governor, Hope Uzodimma, at the Government House in Owerri, and pledged to work for the victory of APC, in the election.

According to the governor, the coming together of other aspirants to support the Senatorial candidate of the party, Frank Ibeziem, was because the exercise went free and fair and that it would ensure victory for APC, on 31st of October.

Uzodimma said; “what happened in the APC primaries was a victory for our party and democracy. If we want to enjoy democracy we must allow a free and fair process which we have achieved.

“We are happy the maturity of all the aspirants displayed and that 9 aspirants had already congratulated the winner. APC is the party and in my leadership, we will grow from strength to strength.

“We will do our best as a party to see that we are connected to the national grid and work in synergy with APC, at the federal level so that we can attract a lot of projects.

HAVE YOU READ?:  No salary for 355 National Assembly workers recruited in 2017

“The aspirants you have not lost any election you are part of this government and victory of one is a victory for all and we will continue to win. I assure you, you have not missed anything.”

Some of the aspirants who spoke was a  Former Member House of Representatives, Okigwe North, Matthew Omeghara, he said: “I want to thank the people of Okigwe zone, for a peaceful exercise though most of us wished we won but I want to tell you that APC is one and all of us are loyal to the party and we the aspirants have come together to support APC, win the main election.

Adding his voice, another aspirant a former Secretary to State Government, SSG, Mark Uchendu, was of the view that, “Our primaries are successful and a candidate has emerged, Frank Ibeziem and all of us will work together for the success of APC in the zone. We thank Governor Hope Uzodimma the way he has piloted the affairs of the party.”

Earlier in his remark, Ibeziem simply said: “I have ran election before and lost and I know how it is to bring all aspirants to agree with you. We thank the governor Hope Uzodimma for his leadership style in bringing us together. I am here to tell you  that the aspirants hear are all qualify and I need them to win this election. We will not fail the aspirants.”