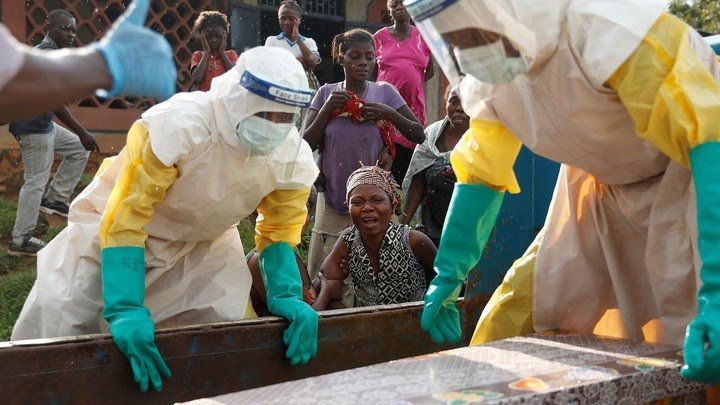 The World Health Organization is concerned by the rapid increase and spread of the deadly Ebola virus in remote, densely forested areas of Equateur province in the northwestern part of the Democratic Republic of Congo.

Health officials report 100 people in DRC have been infected with Ebola in fewer than 100 days, killing nearly half or 43 of those who have contracted this highly contagious disease.

The WHO says the virus is continuing to spread and is already in 11 of the province’s 17 health zones. This is of particular concern because of the difficulty of reaching affected communities in the geographically vast area.

WHO Director General Tedros Adhanom Ghebreyesus says there currently is a delay of about five days from the onset of symptoms to when an alert about a suspected case is raised.

“This is concerning because the longer a patient goes without treatment, the lower their chances of survival, and the longer the virus can spread unseen in communities. The situation has been further complicated by a strike by health workers, which is affecting activities including vaccination and safe burials,” Tedros said.

Health care workers in Mbandaka, Equateur’s provincial capital, recently went on strike in protest over allegedly unpaid wages. After promises by the government to investigate, the strike reportedly now has ended.

Nevertheless, money remains a central problem in the fight to combat this epidemic disease, especially as COVID-19 resources are draining funds away from Ebola operations. Tedros says the operation is seriously underfunded.

“There continues to be an urgent need for increased human resources and logistics capacity to support an effective response across an ever-expanding geographical area, and to help health officials identify cases earlier. The government of DRC has developed a plan that needs about $40 million U.S.  We urge partners to support this plan,” Tedros said.

This latest Ebola outbreak, DRC’s 11th, was declared in DR Congo’s Equateur province on June 1, just as the previous outbreak in North Kivu and Ituri provinces was winding down. That outbreak, the largest in the country’s history, infected 3,481 people and killed nearly 2,300.

HAVE YOU READ?:  Corruption Fight: Give it to Buhari — NATBO

Ihedioha did not meet requirement to be...