Words have been exchanged, war songs chanted and battle drums beaten but what is yet to be seen in the unending theatrics of power tussle in Imo state is who laughs last.

With the presidential and National Assembly elections only on Saturday, Imo West Senatorial Zone appears to be the first battleground for the sitting governor, Rochas Okorocha, to save his political career in the state.

It is also poised to put to test the might of the political actors and friends turned enemies embroiled in a supremacy battle in the state.

The two leading actors angling for Imo west senatorial seat are Mr Okorocha and Osita Izunaso, a former senator of the zone. The duo is central to the current crisis rocking the state chapter of the All Progressives Congress (APC) which saw the birth of parallel factions in the party.

Imo State became volatile since Mr Okorocha began rooting for his son-in-law, Uche Nwosu, to succeed him in office.

This did not go down well with the opposing “Allied Forces”, which pulled the rug from under the governor’s feet during the party’s congresses.

The aftermath of the congress saw Mr Okorocha lose the party’s structure as Mr Izunaso reportedly used his influence as a national officer to facilitate the installation of new officers at the three levels of the party.

Advertisements
HAVE YOU READ?:  Daura Emir, 466 chiefs back Buhari in final campaign

Mr Izunaso, the then APC national organising secretary, was said to have acted in concert with other political bigwigs in the state, including the deputy governor, Eze Madumere; a former senator, Ifeanyi Araraume; and the senator representing Imo North, Ben Uwajumogu.

Mr Okorocha had cried to high heavens after the congress but that could not stop his opponents from further “disgracing” him at the party primaries which instead of his anointed candidate produced Hope Uzodinma, the senator currently representing Imo West as APC governorship candidate.

This was hatched under the supervision of the party’s national chairman, Adams Oshiomhole, who has been on a warpath with the governor since then.

This outcome was strange to Nigeria’s politics where the governors determine who get what in their states. 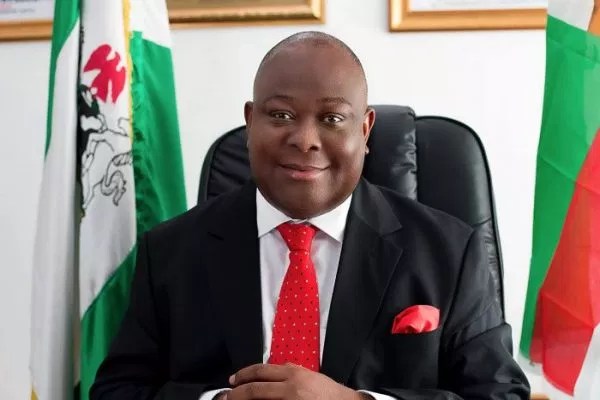 Meanwhile, Mr Izunaso also had his own predicament as he failed to return as the party’s national organising secretary. He was defeated by one of his challengers, Emmanuel Ibediro, who was propped up by Mr Okorocha.

In a bid to save their waning political careers in the state, Messrs Okorocha and Izunaso are set to again face off on Saturday when they rekindle hostilities in the chase for Imo west senatorial seat. The former is running under the APC while the latter left the party to become the All Progressives’ Grand Alliance (APGA) candidate in the race.

Messrs Okorocha and Izunaso are up against a member of the House of Representatives, Jones Onyereri, who is contesting under the Peoples Democratic Party (PDP).

Not done, the current senator representing the zone, Mr Uzodinma is also contesting for governor under the ruling APC.

Will Mr Okorocha who was said to have boasted of “retiring” kingmakers in the state such as Mr Udenwa; a former governor, Ikedim Ohakim; and Emmanuel Iwuanyanwu among others, be retired himself if he loses?

HAVE YOU READ?:  Elections: Public holiday in Ebonyi

Or will Mr Izunaso usher in a new part for himself in APGA with the Imo West Senatorial seat?

Mr Onyeriri, the PDP candidate is not a pushover as the party gears up to snatch power from the APC.

Mr Onyereri is the chairman of the House Committee on Banking and Currency.

The running battle between Mr Okorocha and the opposing APC faction might, however, cut down the governor’s chances at the polls.

Last month, he was suspended by the disciplinary committee of the party for alleged anti-party activities. He was said to have openly sponsored his anointed candidate, Mr Nwosu who is now flying the flag of another party, Action Alliance.

HAVE YOU READ?:  Police raid homes in Indonesia to stop Valentine’s Day celebrations

He was also accused of open denunciation of APC and its governorship candidate despite carrying the party’s ticket for Imo West senate seat.

Mr Izunaso and Mr Ararume – APGA’s governorship candidate – on the other hand, left APC together in the wake of the crisis to resume hostilities with the embattled governor.

Mr Okorocha seems to be fighting a battle on all sides. He must now rely on his political strength and power of incumbency to win the election. 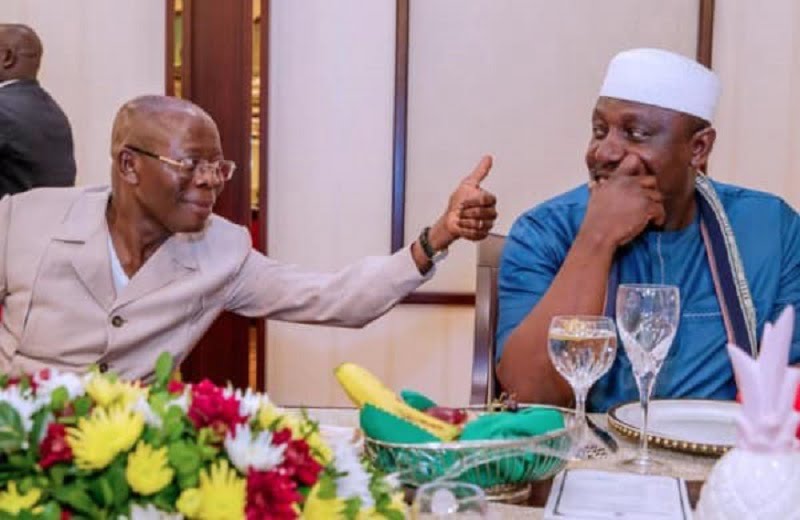 The more people we test the more cases...

Israel massacres 55 Palestinians for US Jerusalem...