Home Articles ​AY vs Imo Artistes: The other side of the coin By @hardynwa
ArticlesComedy

​AY vs Imo Artistes: The other side of the coin By @hardynwa

Starting this is difficult because what everyone will be waiting to see is on whose side I am. I don’t have a side.
There are two sides to a coin and  we must look at both if we have to grow. And to help, let me throw these questions because I totally avoided the show. I couldn’t have attended even with a free ticket because with the time I have spent here, I know events that have come to help our people. That one wasn’t one of them, it was all about the money. Which s not bad too. 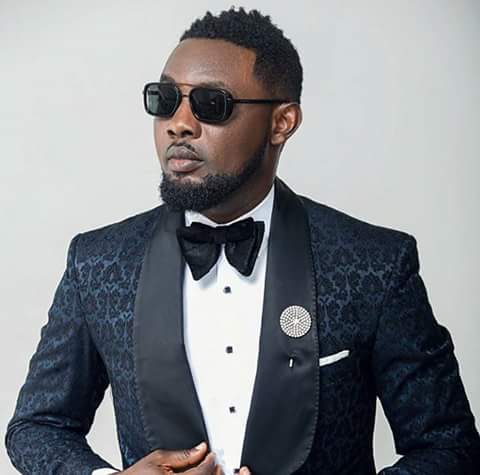 Who organized the event?

So much has been said about this event, some people called out MC Yellow Mouth, while others called out Hon. Irouno because they saw government logo on the billboard, bit have you asked yourself this question?

Advertisements
HAVE YOU READ?:  Imo: A state without a queen

Who organized Jollof Jokes, how many artistes were paid?

Don’t worry I already have my bullet proof vest and helmet so I’m not scared.

AY must have had a contact person in Owerri and I just wonder why no one is mentioning them and everyone is talking about the man and his brother whom if all that has been said about him is true, he is talking like someone who rented his brains out. That’s not my business sha.

When a big show comes, most artistes chase the confirmed artwork more than their performance fee, but let me call out late raper Dawn Tawn who said ‘oburo maka money, biko call me back’.

If you want money, chase money, if you want performance slot for the world to see you, chase that.

This is will also be a lesson to our own Show Promoters who will tell an artiste, “oya send me your picture let me confirm you”, as if that artwork will change the life of the artiste. I hope that nonsense ended in 2017.

What was the agreement between AY or his reps and Imo artistes? What did they agree on before the bulk of our brothers climbed the stage. Nothing!!!!

So bad that some of us smuggled ourselves to the state, just to be seen by our own people. Chaii. Not even that AY was scouting. But that’s not bad.

Agreement is agreement and I am not against the likes of DJ Paky asking to be paid, but the simple question is, “How much is AY owing them?”

If no amount was agreed, then no debt is owed hooo haaa (in Bana’s voice)

HAVE YOU READ?:  Imo: 2019 and Owerri agenda By Stanley Nwachukwu

AY was right, not because he is AY but because it is true. No one pays upcoming artistes and it is the simple truth.

For an event like LagaLaga Fiesta the likes of KShock can be headliners, while other artistes whose names will never make the posters and banners will be seen as upcoming artistes. These ones will never get shishi, they might likely get the ‘Confirmed’ artwork which they will used to disturb us on Facebook, while the niggas that got paid will just make one post or even say nothing. If I’m lying tell me.

HAVE YOU READ?:  Poem: When a darling celebrates

Now to the coin:

The two sides of a coin is that while you are governor here, you’re nothing in the midst of presidents.

AY will also disappear in the midst of some other artistes, maybe abroad and in that case he will have a taste of the littleness he has melted at all of you. Karma is a bitch and will do something about it. But if you have done that to people, that’s Karma using AY to bitch you.

I just wonder why no one learnt something from that event, IICC could be fills to the brim in Owerri, so go and plan your own show. Stop crying over the money that’s in the bank account of one hardworking asshole. This is like slavery, they use your brothers to shortchange you. If you want to turn things around, start calling out our own people who don’t pay, but take huge ticket money.

HAVE YOU READ?:  Mc Ogene, others gear up for Valentine Comedy Day

Shout out to MC TBoy and his Jollof Jokes, the only brand I see achieving that feat in future, but please pay upcoming artistes ooh. Even LagaLaga Fiesta must pay artistes this year.

Thanks so much for your time.

I De my house, I love you

I am Chinedu Hardy Nwadike

IT REALLY HAPPENED TO HER!

As Nigeria Revenue Shrinks: Why Gov Uzodinma and...

HOPE UZODINMA IS ON A DIVINE MISSION